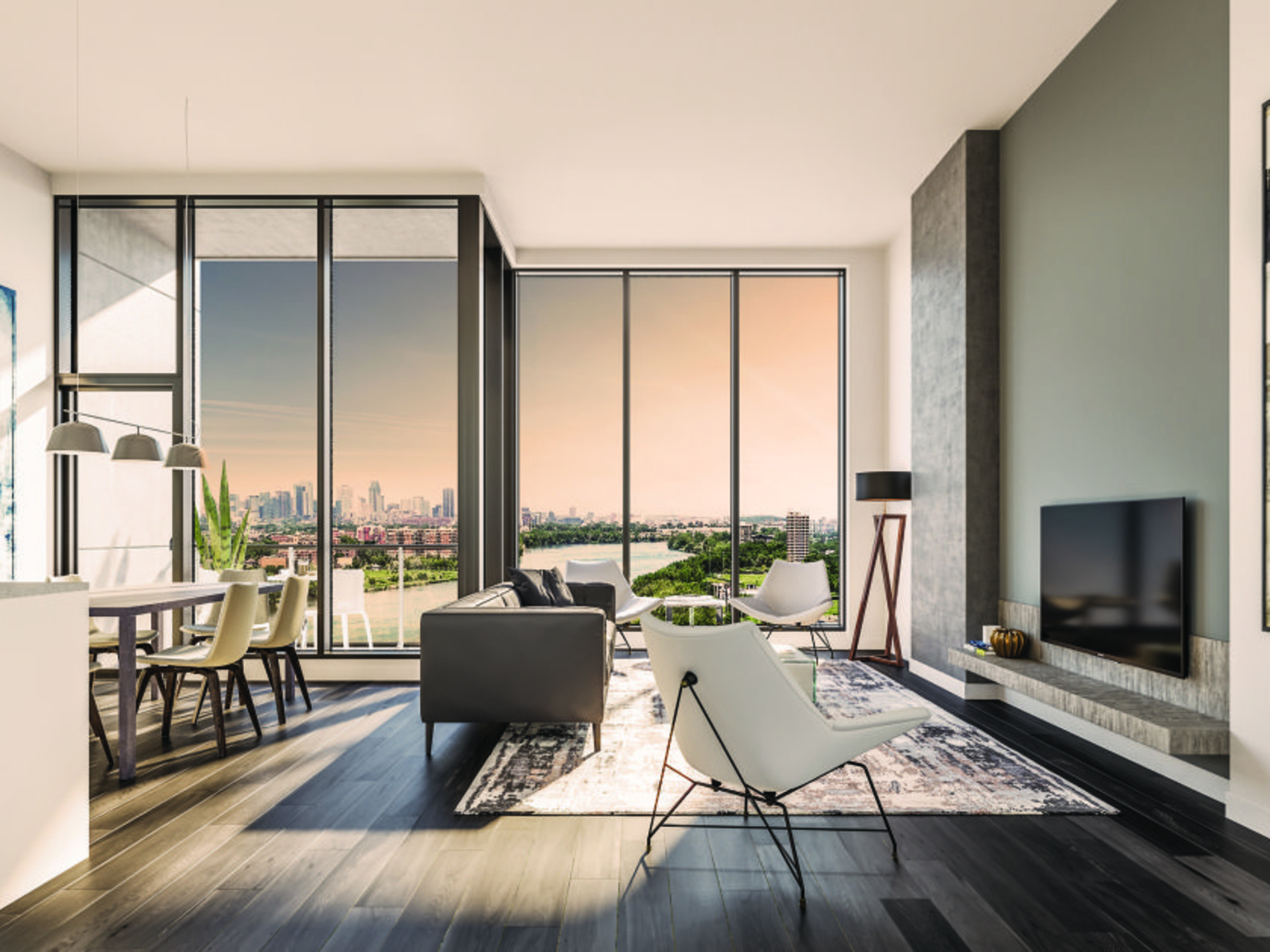 When Symphonia Pop finally welcomes its first residents, Nuns’ Island will have been completely transformed — by the new $4.47-billion, 3.4-kilometre Samuel De Champlain Bridge that finally opened at the end of June, after four years of construction, as well as by the city’s new Réseau électrique métropolitain (REM) light-rail system, which is scheduled for completion in 2021.

“We’ve definitely had our challenges, with all of the closures over the weekends and so forth, but now you can literally see the light at the end of the bridge,” said Kevin Robinson, general manager of Développements Symphonia, which, along with the award-winning multidisciplinary firm Provencher_Roy and Magil Construction, is behind the 32-storey project that’s also slated for delivery in 2021.

“The upcoming REM will give unprecedented access to and from the island, and really make it a viable alternative to downtown living, and at a very compelling price point.”

The new light-rail system will have stops on either side of the Champlain Bridge, in Brossard and on Nuns’ Island, plus 212 train cars departing in four-car segments during rush hour, and two cars at off-peak hours.

It should also come as music to the ears of Nuns’ Islanders that they’ll soon have access to a new direct, multi-use pathway for cyclists and pedestrians between Montreal and the South Shore that wasn’t available on the old bridge.

The new pathway will be part of La Route Verte which, at 5,300 kilometres, is considered the longest network of cycling trails in North America.

Symphonia Pop is “a nice, peaceful alternative to downtown living,” said Robinson. “Plus, the value for your money in terms of the product quality, size of units and standard inclusions is unique in the Montreal marketplace.”

From its placement on the southern tip of Nuns’ Island, at the river’s edge, the 32-storey highrise currently being built to house 200 luxury condos is a big part of the island’s transformation as well, and residents will soon be able to make the most of the development’s outdoor amenities and surrounding neighbourhood’s facilities.

Symphonia Pop’s heated outdoor pool and spa, pergola with an outdoor kitchen and cabanas overlooking the pool, as well as the nearby nine-hole golf course, private tennis club, Strøm Spa Nordique, and a growing assortment of foodie destinations are all part of the island’s increasing draw.

“When it comes to most condos, especially downtown, everything is à la carte, but not here. Symphonia Pop has a distinctive, all-inclusive approach to its design and all of our prices include a storage locker and parking space, which is unheard of downtown,” Robinson said.

“The price point is significantly lower than comparable product in the downtown core, and the quality speaks for itself. Many of our visitors at the sales centre have remarked on the exceptional quality of the design and finishes as compared with similar highrise developments.”

The Symphonia Pop condos — which will be available in one- to three-bedroom units ranging in size from 600 to 3,000 square feet, with up to 11-foot ceilings, penthouse-quality finishes, built-in storage and floor-to-ceiling windows — were created to maximize on natural light, space, and, of course, the views, which include panoramic vistas of the river, Mount-Royal and downtown Montreal.

Both Symphonia, which was completed in 2014, and its successor, Symphonia Pop, are served by a 24-hour concierge and security service.

“The completion of the Champlain Bridge and the bridge’s access to Nuns’ Island will usher in a new era of living for its residents; it will markedly improve access to the city centre, allowing for a 10- to 15-minute commute to and from downtown,” said Robinson. “So basically, you’re enjoying all the pluses of living downtown without having to deal with the congestion and noise that come with it.”

Symphonia POP is scheduled for delivery in 2021. For more information, visit symphoniapop.com. 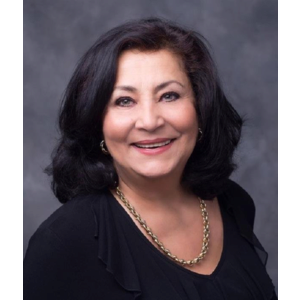